A Little Blog of Books 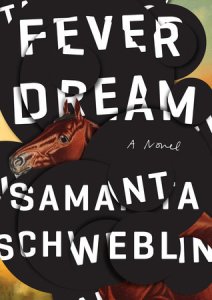 Translated from the Spanish by Megan McDowell, ‘Fever Dream’ by Samanta Schweblin tells the story of Amanda, a woman who is critically ill in a rural Argentinian hospital, where David is trying to get her to remember the events which led her there. She recalls encounters with her daughter Nina and David’s mother Carla who once told her how David’s soul was split in two in order to save him after he was poisoned. However, David is not quite the same afterwards, and neither are Amanda and Nina.